Why have UK energy prices increased?

Wholesale energy prices in the UK have risen substantially. This has been driven by a number of factors.

So we used more energy across the UK this year, but have not been able to generate as much from wind power. This put pressure on producing energy from gas. Gas fired power stations are one of the most flexible ways to generate electricity, and are preferred over coal stations which have mostly closed.

Finally, Brexit continues to loom large on the horizon, and the uncertainty is currently contributing to wholesale energy prices. Sterling is weak against the Euro & Dollar, so as we import large amounts of energy we are forced to pay more for it.

The charts below show the price of energy in the UK over the past 4 years. 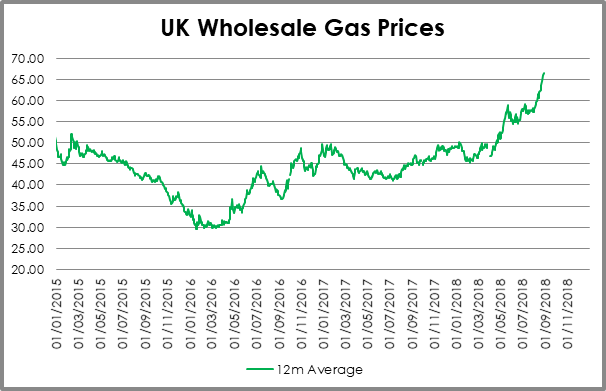 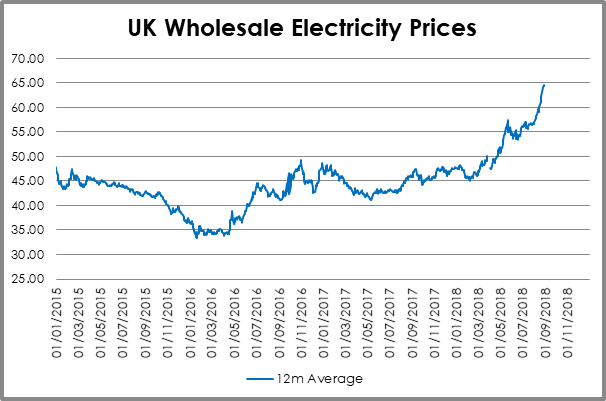